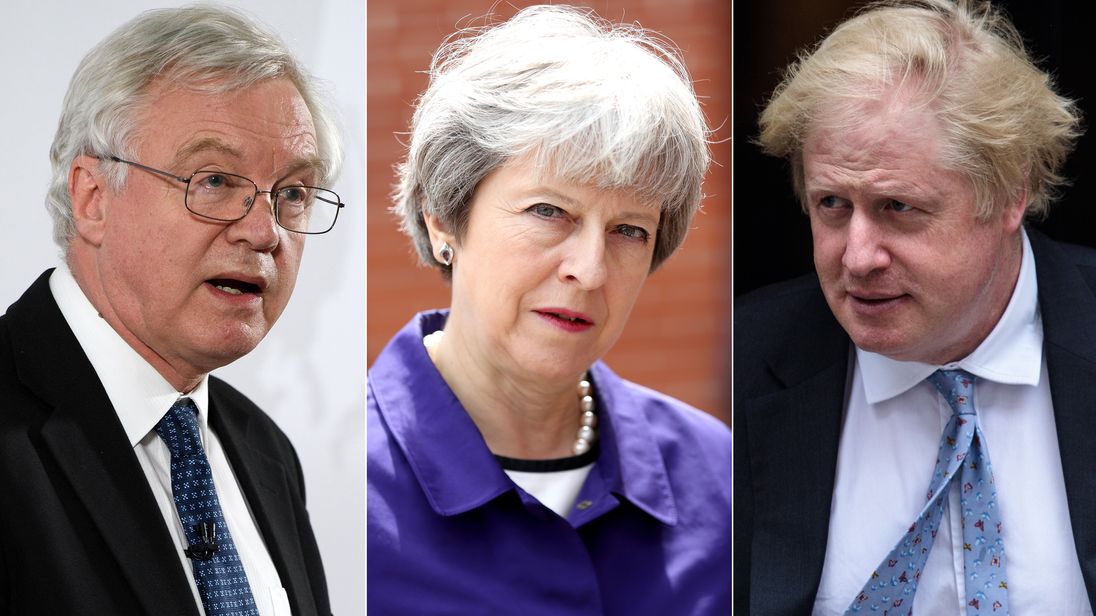 “The people will believe what the media tells them they believe.”

After the Supreme Court’s ruling that it’s up to the Parliament and not the government to trigger Article 50, Mr Farage revealed the pivotal aspect of his Brexit campaign:

“Well, we would be half-Brexiting is my guess – is that legally we may get out of some aspects of EU membership, but if we stay in the single market, we finish up with all our businesses being regulated somewhere else and indeed a court in Luxembourg that can overrule our own Supreme Court and if that happens it will a supreme act of betrayal.”

In her Brexit speech, Prime Minister May confirmed that she is going to fulfil Mr Farage’s ambition of freeing Great Britain from the European Court of Justice in Luxembourg:

“The second hard fact is that even after we have left the jurisdiction of the ECJ, EU law and the decisions of the ECJ will continue to affect us… But, in the future, the EU treaties and hence EU law will no longer apply in the UK.”

However, not all Leavers will look forward to ending ECJ’s jurisdiction in the UK.

Starting from 2019, the ECJ will ensure that all EU member states implement its new Anti Tax Avoidance Directive and bring an end to the tax-avoiding practices by the EU citizens or businesses.

Of course, Brexiteers continue to argue that the President of the European Commission, Jean-Claude Juncker, attempted to block the EU’s clampdown on tax avoidance.

Nonetheless, once Juncker had become the President of the European Commission in 2013, his institution was actively engaged in drafting a new legal framework to tackle the increasing and aggressive tax avoidance.

Luxembourg serves as a tax haven primarily for non-EU citizens and businesses, unlike the British tax havens that happen to be used mainly by the wealthy tax-avoiding Brits.

The new EU Directive targets only individuals or businesses that generate profits within their member states; thus, it will not have much impact on Luxembourg’s tax havens.

Indeed, until the Greek financial crisis, the European Union didn’t take any concrete actions to clamp down on tax evasion or tax avoidance.

After the EU decided to bail out Greece, massive tax evasion practices by the Greek millionaires were discovered.

“In a 2009 report, Helvea Bank calculated that 99% of the estimated CHF 24.2 billion held in Switzerland by Greek citizens was undeclared to their tax authorities.”

This alarmed and prompted Brussels to prevent future Eurozone financial crises that would destabilise its currency by ending future tax evasion or tax avoidance within its member states.

As a matter of fact, the milestones of the EU’s endeavour to end tax avoidance coincide with critical Brexit decisions undertaken by the British government.

David Cameron campaigned to remain, but how comes he failed to mention the most significant advantage of remaining in the EU, the EU Anti Tax Avoidance Directive that would terminate tax-dodging practices by our wealthy elite?

In fact, most individuals behind the Leave campaign have been implicated in tax-dodging practices.

Even Mr Farage avoided paying taxes by setting up an offshore fund in the Isle of Man:

“Nigel Farage opened an offshore trust fund in a plan to slash his tax bill, a Mirror investigation has revealed.”

Other prominent Brexiteers who avoided paying their due taxes to UK tax authorities include:

Prominent pro-Brexit newspapers are owned by individuals who avoid paying tax to UK tax authorities, such as:

Therefore, rather than the British people, the only ones that will benefit from leaving the EU are the wealthy British tax-dodgers!

Brexit is a prime example of how British democracy is constantly undermined by the Mainstream Media. Rather than informing its readers or viewers, it is committed to protecting the vested interests of the wealthy elite.

Nolan Jazimreg’s compelling political satire, which reveals how hatred impedes our happiness, an alternative form of democracy and the existential proof of God’s existence, is out now.

Order your copy by clicking on the image below:

A novel extract of the chapter dedicated to Brexit is provided in the link below:
https://nolanjazimreg.wordpress.com/2022/11/20/novel-extract-brexit-explained/

Not to miss out on future posts, you could follow me on:

16 thoughts on “Is this why Boris, David and Jacob want to end the primacy of EU laws in the UK?”